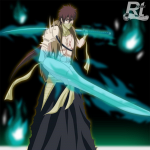 Howdy, folks. Kenji here! I'm an experienced wikian whose time has mostly been spent on the Bleach Fan Fiction Wiki, though I sidelined for a bit on Naruto, Star Wars and Gears of War for a while as well. I've been a fan of SAO for years but it was the Progressive series of light novels that really hooked me.

It is my intention to cover the last 25 Floors of Aincrad. These chapters will be posted on Fanfiction.net. The account associated with my work can be found here: Kenji Hiroshi.

Note: Everything posted below from here on out are simple facts I'd rather have in one place, rather than having to look through several pages or track down specific passages in the light novels.

By no means is this canon but it's been cobbled together using canon dates, facts, and a little theory-crafting on my part. Below are the rough estimates of the clearing groups pace with regard to Floor clearing. I'll be using this as a rough guide of sorts for Part II, though I won't be outright stating for certain that a specific Floor was cleared on a specific date.

The theme of Aincrad's 5th Floor is ruins. Excepting the «Dead Woods» and the Elven village «Shiyaya» there isn't much plant-life or greenery in evidence, and the floor features more vertical elements than its predecessors. Unlike most of the lower floors, where light from the moon could spill in Aincrad's outer aperture, this did not happen on the 5th Floor. When night fell it was almost completely pitch-black.

The main flavour mechanic of the 5th Floor are «Relics». Various locations throughout the 5th Floor support the hunting of relics, which need to be «Appraised» for their value to be determined. Locations include the non-residential areas of Karluin, the mine connected to Mananarena, and the Catacombs' dungeon beneath Karluin.

«Karl Coins» are specific relics which can be converted to Cor at specific NPC's. The value is as follows:

«Gems» are specific relics identified by way of a grading system. The grading system determines the material value of the gem in question.

«Accessories», such as rings and amulets, can also be found as relics. These require «Appraisal» either at specific NPC's or by players with the «Appraisal» Skill.

Retrieved from "https://saofanon.fandom.com/wiki/User:Kenji_Hiroshi?oldid=56529"
Community content is available under CC-BY-SA unless otherwise noted.