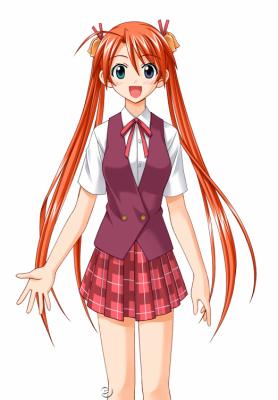 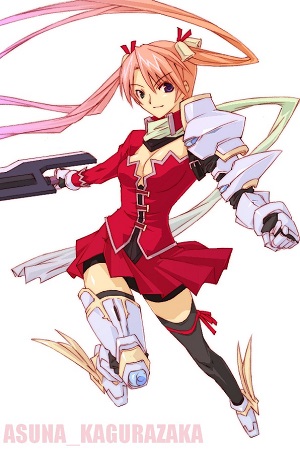 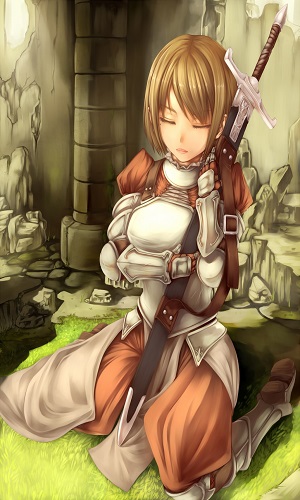 Born the 27th june 2007, Naomi was diagnosed with the Heterochromia sickness, meaning her eyes weren't the same color. She had one green and the other blue.

Naomi's father had left them when she was still 2 years old, but it didn't affect her much. This changed when she started elementary school and saw other children with two parents while she had only one. This wasn't a life-changer, however. Her mother gave her more love than two parents could and that was more important for the young girl. As she grew up, people began to harass her by teller her she was a demon and was was the reason her father had left her. This is due to her eyes and because she had no father.  Naomi didn't retaliate, but rather, tried to stand up for herself and others. Although she was unsuccesful and was later treated in worse manner. She had endured this pain and did not tell her mother about it.

Naomi in her later years, became friends with people that shared the same interests as her. They would often gather at her house for activities. Soon they started cosplaying, and Naomi's mother took them to conventions where she met other people who didn't care for her "handicap". Some of the men believed she was a beautiful figure and convinced her so.

As she spent more and more time with her otaku friends, they have all heard about a new game called Sword Art Online.Although they were disappointed, her friends still praised her for being able to grab a copy of the game.

Though, this outcome becomes futile as she becomes stuck in the game along with 10,000 other players.

Her and Jacob won't be seen talking about life, or their personnal things much, but still she likes having this big brother presence she never had. She loves how he pats her head when she did a good move, and even how he scold her when she did something bad. Around him, she will be much more childish, but it's just because she wants him to treat her as his little sister, be strict to her, as she knows it's his way of showing he cares for her.

Most of the time they will be seen arguing about strategic course of actions, or the next move the guild should make. It's almost impossible that they come to an agreement at the time they argue, but a couple hours later, she always accept his ideas, since she admit to herself he is the better strategist, even if she doesn't like it.

With Katie her relationship is a whole other world. They very close, and will share almost anything. Naomi likes how Katie will come confess her emotions, and they would hug each other, maybe crying, but she always get back her smile, make stupid jokes, or talk about beautiful things, just to cheer Katie up.

They often spend time talking about their personnal life, and sharing secrets. Both of them love to have someone who they can trust to that point. But sometimes, Naomi can scare her friend and make her leave, her secrets can become a bit too naughty. The girls also love to speak of what they would do if they got out of the game, trying as much as possible to avoid the fact that Naomi's body may be damaged badly.

They will also be seen together in new towns, doing "Shopping" Naomi loves to buy fabric clothes, even if the stats aren't good. She mostly tries to find what could be used in cosplaying. Katie just follows her, smilling and enjoying a relaxing time with the Naomi, as she tries to make fitting outfits and sometimes look ridiculous.

The Bracelet ups her defence by 50

Naomi had to train the two handed sword for a god while till it reached the 700th mark, before The Zanbato skill was unlocked. Then she bought the strongest Zanbato she could for the beginning of the skill, and train hard everyday, gradually getting the skill up to a good level so she could use one with efficiancy.

Leap Slash (1-hit strike) Leaps up high, coming back down on the enemy with a slash. covers only two meters distance.

Mortal Blow (1-hit strike) The sword his held up to one shulder and charged with power, then the player releases a devastating diagonal slash.

Climhazzard (2-hit Combo) A charging stab at the enemy, followed by an upward cut, splitting the oponent in half.

Smash (1-hit strike) The blunt side of the sword his swung at the enemy, dealing good damage and also pushing him.

Moonlight Cut (1-hit strike) The only fast skill of the Zanbato. The user dart at his enemy, giving him a  vertical downward arc slash, forming an half moon.

Bear Crush (1-hit strike) The sword his swung to the ground, creating a shocwave around the userpushing back enemies as well as AOE damage.

Hard Double Slash (2-hit combo) The user slashes once upward, leaping in the air and comes back down with a giants downward slash, dealng massive damages.

Blaster (3-hit Combo) The fisrt strike is a horizontal slash, as the user keeps spinning with the swing and weight of the sword, he comes back with an upward cut, fininshing with a downward blunt strike, dealing mega damage, and creating a shockwave hitting other close monsters.

Retrieved from "https://saofanon.fandom.com/wiki/Naomi_Tamura?oldid=22724"
Community content is available under CC-BY-SA unless otherwise noted.