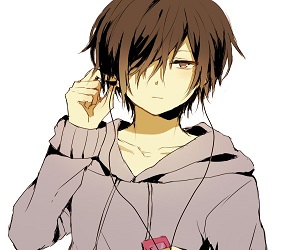 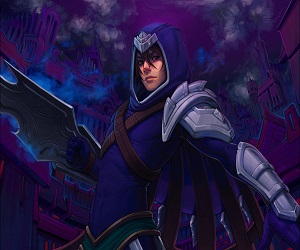 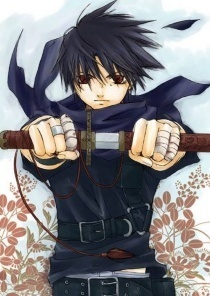 Izumo is a cold perosn who won't talk with anyone. He believes he has a job to do and nothing should stop him from completing that job. But if anyone took time to know him, they would see he is just emotinally broken, he is lost, and is own insanity, he is completely seeing black. But this doesn't make him stupid or anything. In fact he is smarter then most people out there, and even if everyone calls him the Grim reaper, his assassinations aren't done for the bad, like everyone thinks. Izumo uses his skills and brain to find who the bad people are and erase them. Although it happens sometimes he can loose his mind and just wanna kill anyone close to him at that time.

Izumo's life was trenquil during his younger days. He was born in a rich family, attended private school with his two older sisters and his younger brother. Everything went well, he had good grades, his athletics were the best of his school. Izumo was always praised by everyone, and lived happily till he turned eight. One night his paents came home late, they had went to a bar and drink a bit. His father had a fight with a man at the bar, but little did they know, it would be the beginning of a nightmare.

The next night the family was having dinner, when the man his father had beaten, came in the house, with 2 of his friends, armed with knives and guns. The family was taken by terror, the kids crying while the father tried to talk things through. Izumo's father offered his life if they left the rest of his family alone. But the assaillants would not be satisfied with this. They tied the mans of the family, and forced them to watch, while they raped the two older sisters, and his mother. Then the attackers killed them in ways they were suffering, screaming in agony. Izumo's father finaly broke loose of his ropes, and just had time to untie Izumo, then was grabbed from behind and pulled by one of the murderers. Izumo was so scared he did not try to untie his little brother, and ran as fast as he could. he made it out of the house and kept running, till the morning came and someone finaly found him.

The little boy was completely traumatized, and put in a mental institute, where he was till twelve years old. Finaly, he could go out and re-enter society, but only with a chosen family from the institute. The Takashita family adopted him. He now had a little sister of one year yunger then him. She was the nicest person he ever met, and the only to which he was nice back. Izumo started back school, but stayed away from everyone, never socializing. Until a day some gang started harrassing him. He retaliated and poked the eyes of one of them after receiving a hit to the head. He pressed so hard, blood started flowwing from the kids eyes.

The family were able to make it go on the fact he was defending himself, with the help of his little sister. Izumo was scared of himself. For a while he would go out at night and only try to hurt every living thing he could. Killing insects, torturing animals. His sister once cought him, but she didn't want to tell anyone, nor did she want him to do this again. The only way she saw to keep him away from these toughts, was to occupied his mind with somehting else. She presented him gaming consles, then games on computer, online games, and quickly he found his life in it. Many MMORPGS he could play the bad guy, kill as he wanted, but it wasn't bad for real. He went to school, and played games, that was his life for a good two year, until he enterd the reality game Sword Art Online.

When he first entered the game, Izumo didn't believe it was real. To him there was no possible way someone could die in real life by dying in the game. So he went on with his usual role, and played a bad guy. He wasn't aware of what was happening for real, so to him it was alright. He wasn't so bad, mugging people, stealing, only sometimes killing if his life depended on it. But it all changed when his mind did realize he was stuck in this game, after 8 months. He started stealing more often, attacking people, until he met a group, who defeated him, they decided to spare his life in exchange that he worked with them. 3 months passed, when they discovered a rare artifact. He had friends for the first time out of his sister. He could talk freely for once with others and one day, a group f pk came to steal the artifact. They weren't there for themselves, but they were hired by the "Army" They made a slaughter, killing all of his friends. again before his eyes. At this point he had nothing to live for, but pain... Izumo vowed to inflict the same pain he suffured to everyone that deserved it. This was the day his Unique skill was unlocked.

Hanzo's only friend is Argo, who gives him information on the currupted people. Argo is the only person he trusts in the game as of after the incident that made him loose his only trusted friends. Although they see each other only occasionnaly, She is the only person Izumo would trust, and talk more openly to. Argo was able to make him talk about the events that made him change that way, anyone else would surely make him get enraged and maybe try to hurt them. 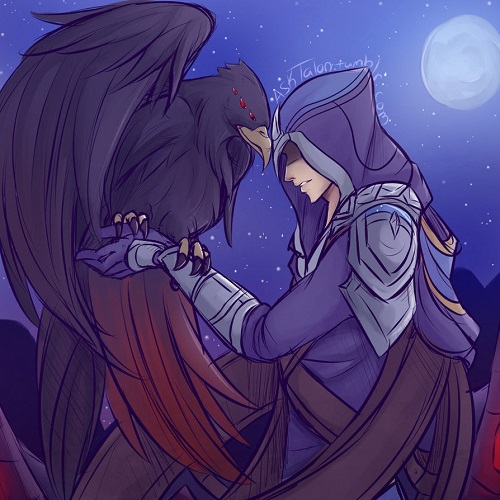 Retrieved from "https://saofanon.fandom.com/wiki/Izumo_Takashita?oldid=27241"
Community content is available under CC-BY-SA unless otherwise noted.