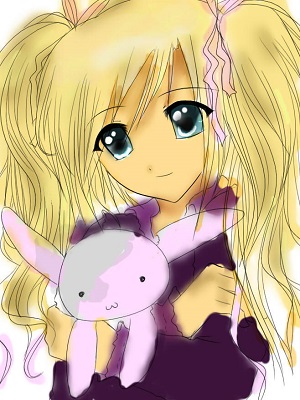 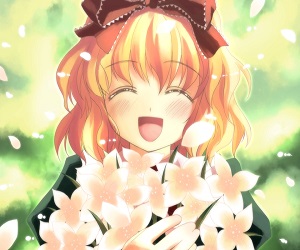 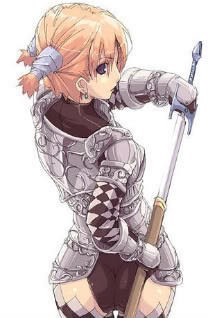 Carin born the 1st february from a hooker that a serial killer raped, she was orphaned when a baby. Her name was given from her adopted parents, but her blood was still one of a mentaly instable man, and so she was. Already in her young years, there was nothing she loved more than suferring. Being cruel to every other child, they could never predict when her mood changes would hit. Sometimes she was like an angel playing with her five year old friends, and the next moment she could have stabbed one with scissors.

Her parents took her to a doctor, and they gave her medication to control the mood changes, her suffering addiction. Also Carin's parent started getting her books to read, movies to watch on tv, and games to play. But she was always demanding. If she saw a friend had this movie, or this book, she had to have it. If her parents didn't buy it, she could steal it, or even hurt the kid till he gave it to her.

Years went by and little by little she came to "control" a bit more her feelings, with the help of the high medication. Her parents bought her SAO when the year she turned thirteenth, and she entered the game like any other normal player, just with mental prolems that could affect her future game play, as it turns out, the game was a death trap for 10000 players.

Thrust (1-hit strike) A dagger skill in which the player actvate, moving the dagger backward, and thrusts forward.

Shadow Counter (2-hit combo) Must be behind the enemy to activate. The user beams in, thrusting it's opnent, then slide slahses him, making his way to the enemy's back again.

Dash&Gash (1-hit strike) Dashes at a fast speed, gashing the enemy on the side. Good to evade and hurt the enemy 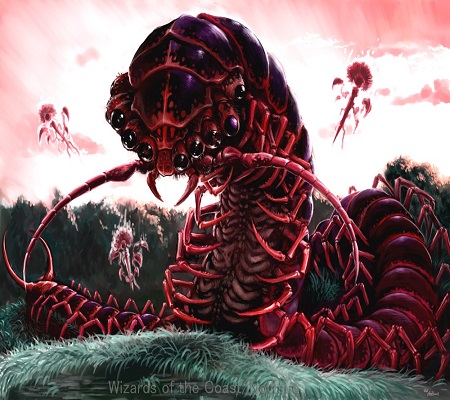 Underground Strike Can crawl underground to initiate a surprise attack.

Can entangle it's enemy to give a moment of opening to his master or running time. Puts a risk on his life for that.

Each Strike has 3% chance of poisoning.

Retrieved from "https://saofanon.fandom.com/wiki/Carin_%C3%82kerfeldt?oldid=22719"
Community content is available under CC-BY-SA unless otherwise noted.