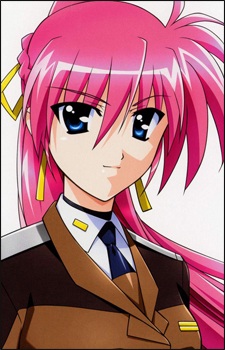 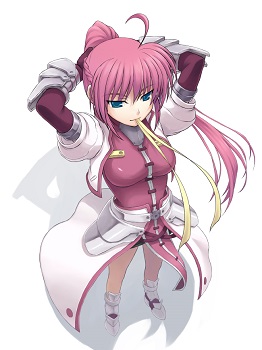 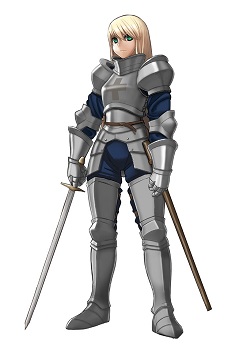 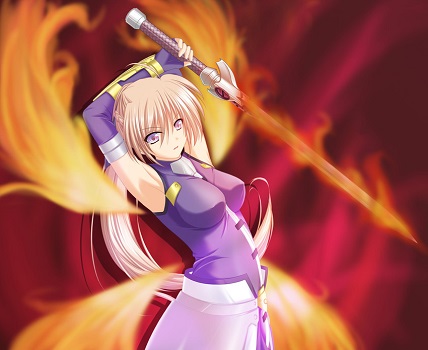 Adelle never changed her personality much since she entered the game. She stayed calm and kept her head up, believing that they can beat this death trap. Her will is almost unshakable, she will always keep her hopes up, even if sometimes it is just to put up a strong front and keep rspect from other players. She act as a leader, just by her actions and her speeches. Adelle as always been someone who Justice is really important, somone very caring, and not afraid to show it.

She always had been the emotional type, but ever since she enterd the game and started fighting on the front lines, she became more composed, knowing how to channel her emotions into strenght, and that is why people sees her as a flame of hope toward the success of clearing the game.

Adelle was the first-born child in her familly. She lived in England, and her family was in the middle class. Her life went well, she was always at her stuff, and never getting the nose in other people's bussiness. The girl was a model to others, having good grades at school, and having good looks. Although when she was younger, she was the center of critics, or bullying, because of others jealousy. But to Adelle, it didn't matter because her goals were always for herself. She had never cared about it, after all, if it could make them feel better then she had no objections to their acts.

When she aimed for something, even when she was younger, it wasn't to impress anyone, or show off, but because SHE wanted it. She always believed someone's own happiness and good will, is the most important. Only then they could help others and bring them joy. When she turned 8 she was introduced to gaming and became a part of her life in the future. Console gaming or online, MMORPGs were her favorite and always did her best, all the while being a fair player.

She was the one who introduced Sam to gaming. To her, nothing is more important than her little sister, and she would give her life to defend her. So when Samantha went to hospital, she became so down, for a while she stopped gaming, feeling empty without her sister. But remembering how Samantha was proud of her older sister, she ket her head up and walked forward.

The next years she got on back with school, while visiting her sister every time she could. Adelle wooudl go there for hours, telling stories of what happened in the MMORPGS she played. It always brought a smile to her siter, and she loved it. Her time was divided between study, Sam, and games. The games were all she had to escape reality, mostly the nightmare of her sister maybe never getting back to full health.

When she heard of SAO, how close to real life it was, she subscribbed for beta test, and was chosen. Adelle played the game, and reserved two copy of it on the release date. She had made sure Samantha could come out to play with her, and that is how she got trapped in the game.

Adelle and Sam are as close as siblings could be. They became closer the moment Samantha was hospitalized. Adelle, regrets not giving more time to her sister before all that, she regrets not taking the iniative to go see her and hang out with Sam. But she tries her best to make it up to her sister, without telling her about her regrets. She smiled to her everyday when visiting her sick sister, even if she was sad, all that mattered was Sam getting better.

Every time she could take her sister out, she did with happiness, and she felt that Samantha depended on her. If Adelle went there and wasn't feeling well, so her sister would. But Adelle knew it was the other way around. She needed her sister, she depended on her. So she kept going to see her, telling her stories, bringing her books to read, sometimes a handled console to play in secret.

When SAO began, Adelle wanted to protect her sister's life at all cost, even if it meant killing others, but she was weak, she could never do murder unless it was the only thing to do. One night, she cried it all out, and went fighting ferociously, slaying monsters while letting out all her emotions in her sword. When she came back, her mind had been set, she would be a leader. She would be Samantha's pillar, while in truth, in the midst of the chaos, they were both holding each other up, fighting to get out of that alive, and trying to save as much people as they could.

Adelle became Sam's voice in the game. they were spending lots of times together, but also times apart, doing ther best to help others, still Adelle always brought her sister's ideas, speaking them loud whenever she could. She didn't have the mind her sister had, the calmness she had when facing crisis, or coming with strategy like her sister could, but She wasn't shy, nor afraid to speak even in front of the strongest of guilds, and that made her put up the strong front and act as the voice of hope.

Effect: Every oponent in 1 meter radius around her, takes a burning damamge of 30 hp every 5 seconds

Retrieved from "https://saofanon.fandom.com/wiki/Adelle_Hart?oldid=22743"
Community content is available under CC-BY-SA unless otherwise noted.